Hunslet for the NVT

The Nantlle Vale Tramway (Dyffryn Nantlle Tramffordd) was a 2 foot gauge tramway extending east from Tal-y-sarn to Drws-y-coed, and was built between 1923 and 1924 to replace the old 3 foot gauge Nantlle Railway that had ran as far as Nantlle to meet the Slate Quarries. The new line extended further east to meet the productive mineral mines, with their new lodes, as well as the existing slate quarries.

In 1924 the NVT ordered a large loco from Hunslet to a design similar to Leeds No 1 of 1904 and Russell of 1906, a pair of powerful 0-6-2 (2-6-2) Side tank with outside valve gear, but to suit their own requirements for the new line. She was Hunslet no 2607, and was built to th0 0-6-2 side tank arrangements, incorporating a longer driving wheelbase, and one or two other modern improvements. She was named Victoria

Or that's the history of the “Real” one…. the model one came about when I came across a Roy C Link drawing of Russell in the WHR (64) book of the same title, and idly offered a Bachmann 08 chassis up to it. It wasn’t spot on but it was close enough, however it was missing one vital aspect… outside valve gear. A flick through the Hornby catalogue alongside a pile of FJ Roche 4mm scale drawings revealed that the cylinders and valve gear from a Fowler 4P where close enough for my needs. So along with a bit of time, a pile of various plasticard, micro strip and brass, I had all the ingredients to create a Hunslet for the NVT. Another problem with the 08 chassis is that it is 16.5mm gauge… well I simply swapped the wheel-sets for a trio of Alan Gibson jobbies with new cranks, and set the back to back as 12.5, which didn’t need may modifications to the block at all, and there was 14mm gauge. A bit of experimentation with brass for the first time for me, lead to a boiler, trailing bogie and steps that where robust enough for once! A simple multiple layered plasticard fabricated body, with various cast and scratchbuilt details, finished off with a pressfix lined satin black paintjob, and custom nameplates from Narrow Planet and she was done. 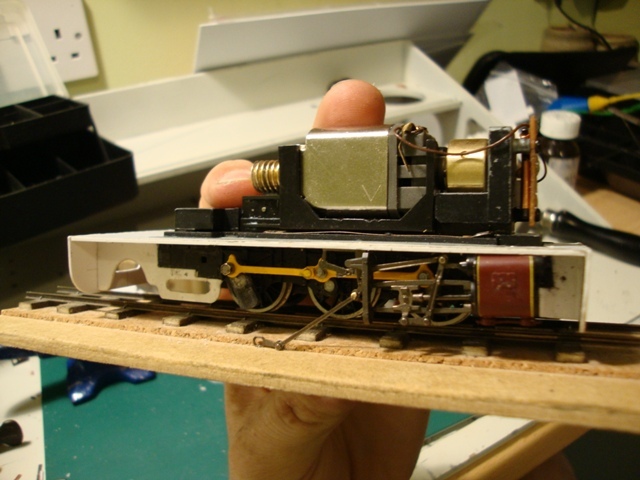 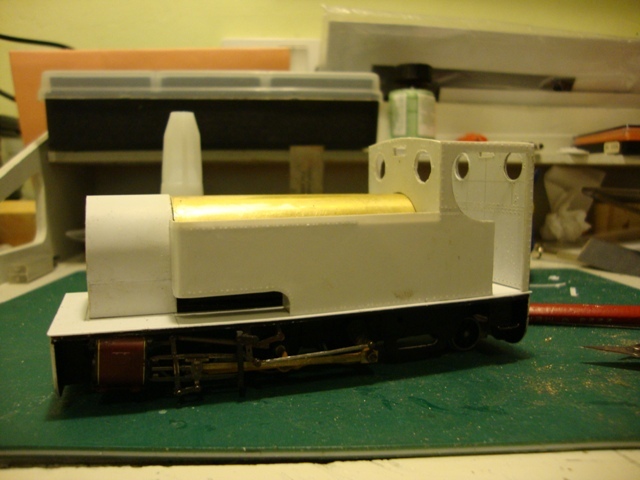 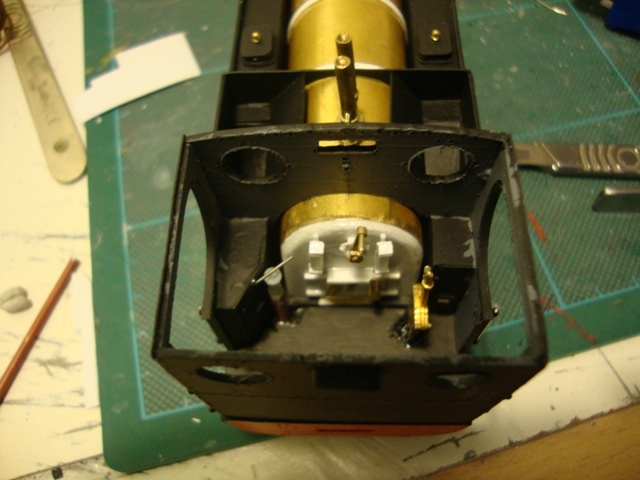 Detail shot of cab in build 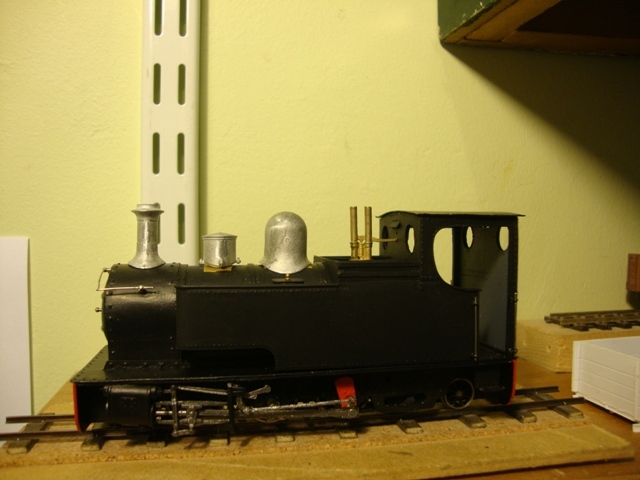 All major fabrication complete, ready for paintshop and final detailing 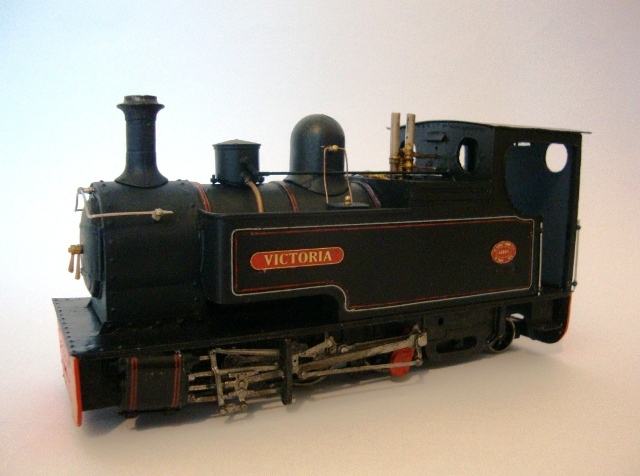 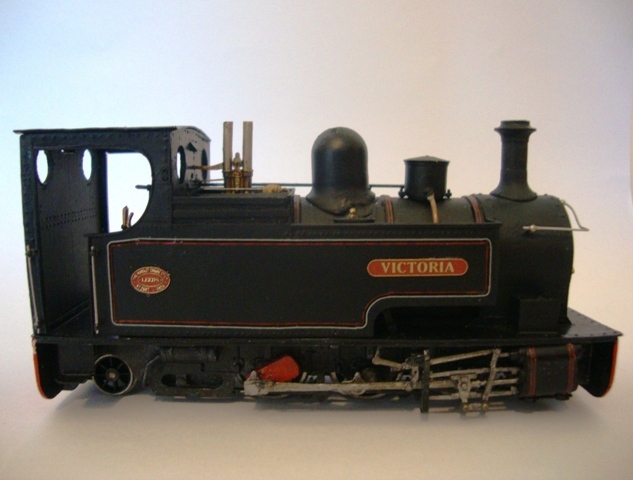