The Pentewan Railway in Cornwall was possibly unique in having three* gauges in its lifetime.

Christopher Hawkins built the original railway to support the growing china clay industry. It opened in 1829, and was worked by horse-power until 1874. In addition to clay, tin was also exported and coal was imported. It ran from just outside St. Austell to the port of Pentewan, just four miles away.

In 1874 the line was rebuilt by the engineer John Barraclough Fell and converted to locomotive working, at which time the gauge was changed from 4 ft 6 in (1,372 mm) to 2 ft 6 in (762 mm). The line closed in 1916 when the channel into the harbour at Pentewan silted up. The track was lifted and used for the war effort.

Its final incarnation was as a light railway rebuilt by Colonel Stephens to 1ft 11 1/2" in the 1920s using ex WW1 equipment. This rebuilding also included building the long planned extension up the bottoms into the China Clay district, where an interchange was built with the standard gauge (an ex Cornwall Minerals Railway branch). This extension proved a lifeline in the railways latter days for transporting coal to St. Austell gasworks.

The layout is set on this latter section in the late 1950s when it was on its last legs with some clay traffic uphill to a SG/NG interchange and coal (on transporter wagons) down to St Austell gasworks. It attracted little attention and was to close soon after.

The layout is loft based and was deliberately planned to be large enough that I would never really finish it, i.e. there would always be something to maintain my interest – which it has done for nearly 30 years. It has two distinct sections: the SG/NG interchange and a scenic section representing the climb up the valley.

Track is all hand built. The narrow gauge is to O14 standards using Peco IL-115 rail (pre Karlgarin unfortunately), homemade spikes and wooden sleepers. Standard gauge is Scale 7 using C&L and Exactoscale parts. All track is built on a foam base, ballasted with sieved cat litter and dilute Copydex. Scenery follows the techniques of messrs. Gravett, Norman and Hill. Locos have DCC sound, Zamzoodled couplings (born from this project) and some with DCC uncoupling. 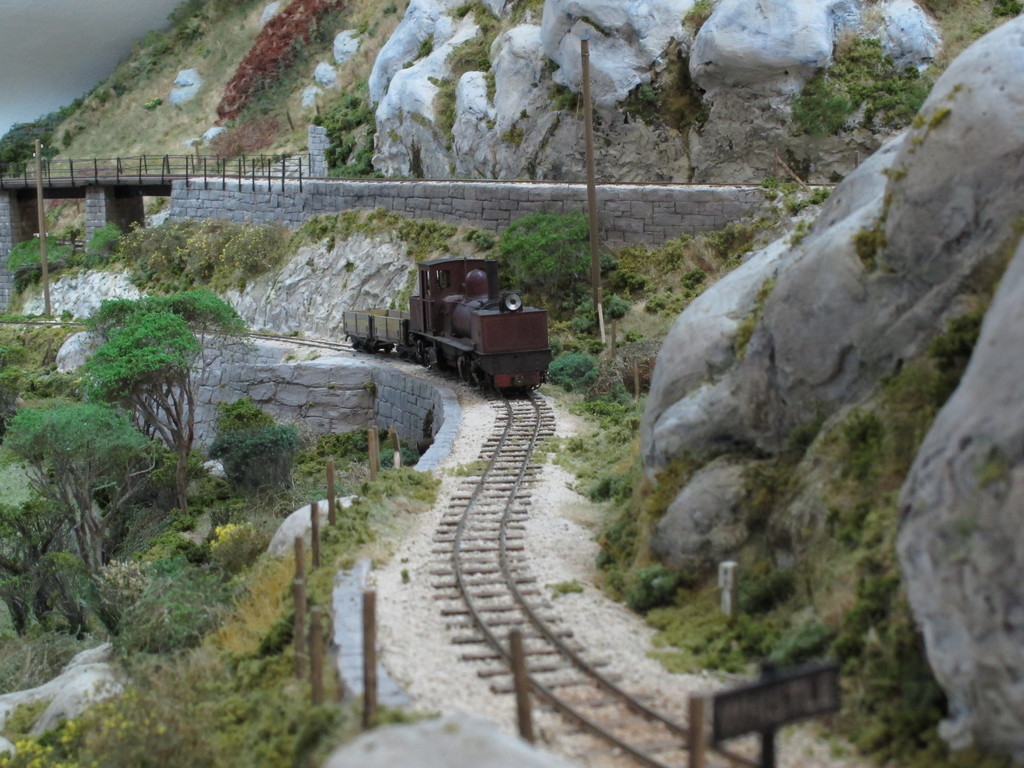 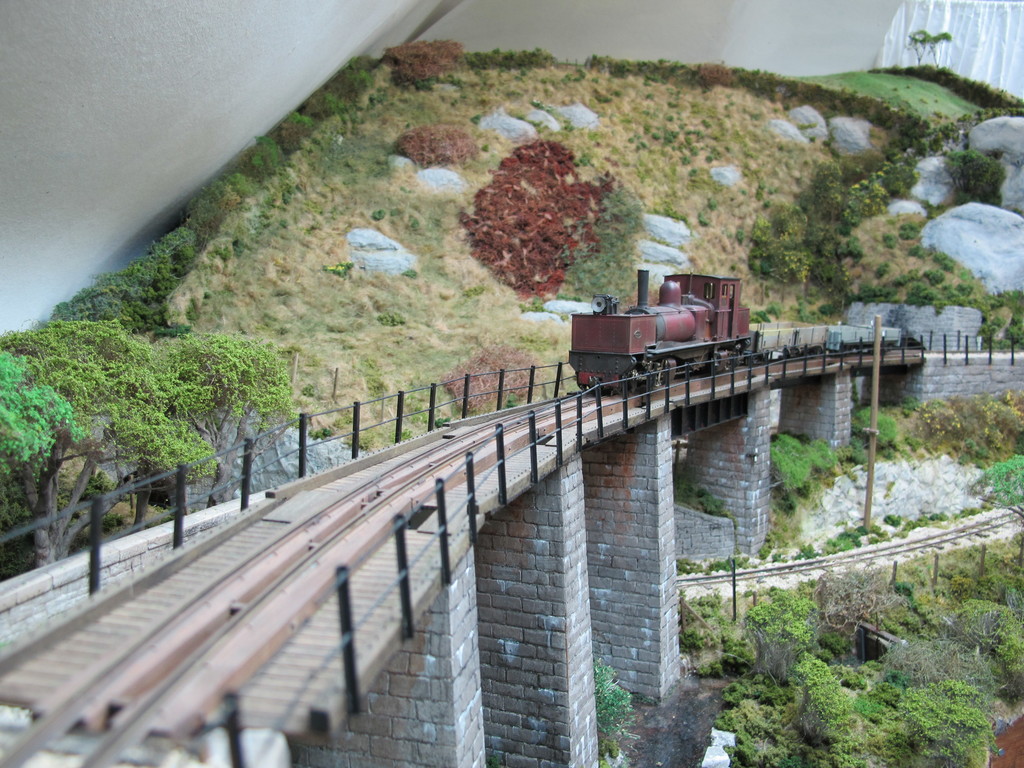 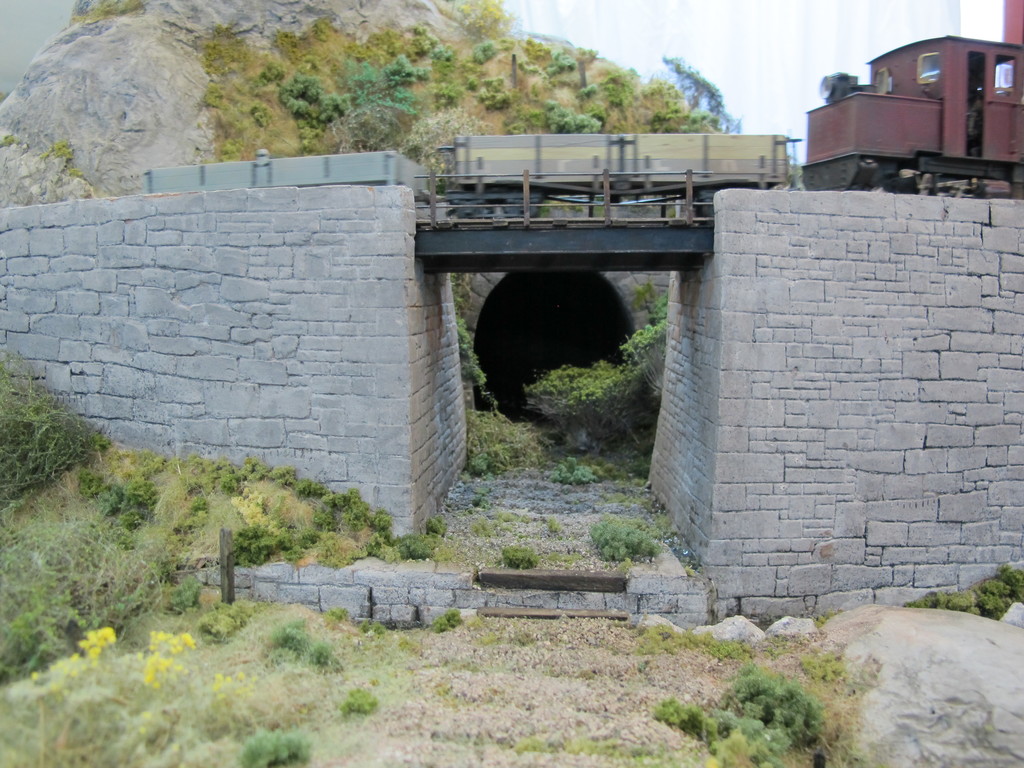 Click here for a gallery of track construction photos

See some construction photos of John's stunning K1 Garratt on this page: