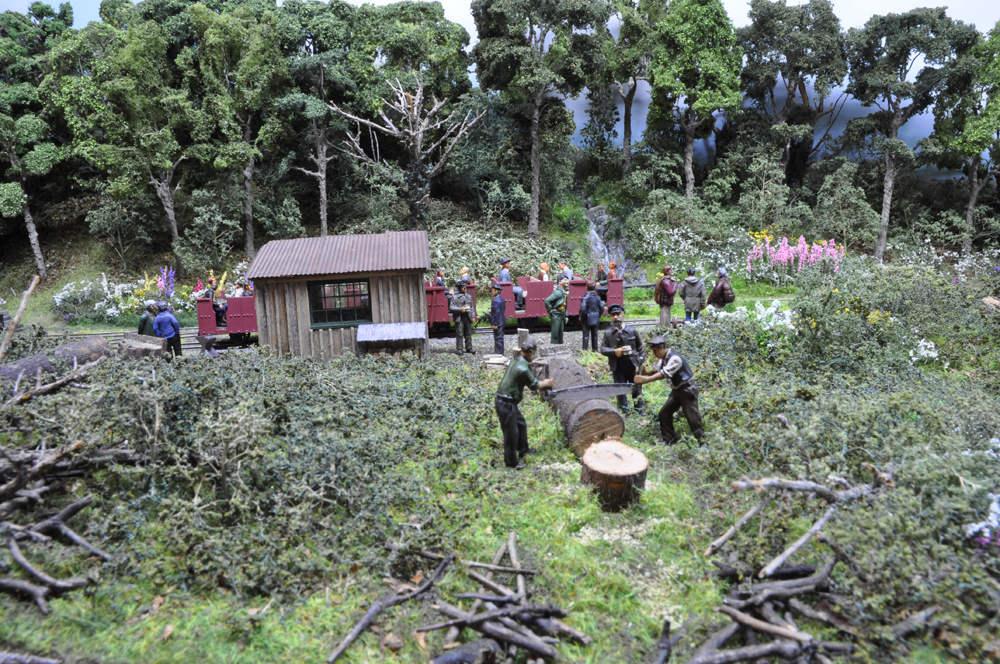 "Tony was the owner of this Shropshire forest in the 1890's and he built a narrow gauge railway to bring timber down to his own saw mill. This was extended during the Great War when there was an increasing need for timber. However it fell out of use afterwards. It saw a new lease of life during World War 2 when parts of it were used to get more timber and quarry stone. This section portrays the line coming up the hillside to a passing loop with the old line forward now disused and overgrown. The line reverses and continues up the hillside while a newer branch leads to a quarry which now supplies Shropshire County Council with road stone. The area is still known as Tony's Forest but the railway remains known only to a few enthusiasts and the local population. There are some rare locomotives still in use and unknown to many enthusiasts. However, this is the late 1950's and modernization is on the way. Who knows how long this little backwater will survive before being noticed by someone in the Council? The future is very uncertain."

So goes the introduction to my latest exhibition layout ‘Tony's Forest’ which has been more than 25 years in conception.

Featured in Review issues Nos. 118 and 119.  More information at http://www.robinslayouts.co.uk/tonys-forest/