Welcome to the Greater Bridgeport Amateur Club wiki.  This is the place where you will find the latest information about the club.  This space is constantly updated so please visit often or visit the GBARC Website.

We hold our primary net every week on Thursday at 8pm on the GBARC repeaters listed in the sidebar.  Additionally we hold monthly HF, DMR and Digital nets on Tuesdays for those who need to test and/or upgrade their equipment.

This month we will resume having Simulated Emergency Tests or SETS.  The set will be held from 9:00 AM to 11:00 AM on Saturday the 27th of March 2021.  updating and testing amateur radio paths of communications.  This means we will test local and distant repeaters, as well as contacting other amateur radio operators on VHF and UHF simplex.  Please see Emergency Drills for additional information, and refer to the chart of repeaters for a list of repeaters to test.

As was relayed during the January meeting, we will be starting our monthly Digital Net on Tuesday 26 January at 8:00 pm.  Tonight's net control will be Emily N1DID and the modes chosen for the evening are PSK-31 and Feld-Hell, which is a very interesting version of Hellschreiber.  The Net frequencies will be 28.095 at 8:00 and 3.595 at 8:30.  See the GBARC Digital Nets page for additional information and information on how to check in.

Winter Field Day is an exciting and fun way to spend time on the air and despite the pandemic this year will be no different.    This year, we can all work from home but as a club, and our efforts will be added to the club score.  HF, VHF, UHF bands can all be used as can many expanded modes.  Please see the new Winter Field Day Information Page for additional information. 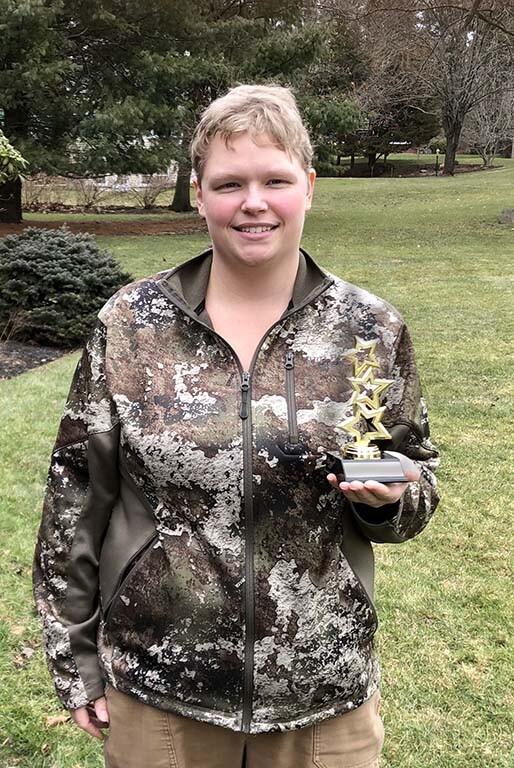 GBARC is proud to announce that Junie Cassone, N1DUC,  along with her sidekick Moochie (who really is a duck), has been awarded our star trophy as the GBARC Ham of the year for 2020.  Junie is not only one of our youngest hams but is one of our most enthusiastic members.

Junie functions as our net control manager, and has led our SETS and nets on simplex HF, DMR as well as our weekly analog nets.  She has been instrumental in helping the group grow, and has been active in many club activities such as Parks on the Air, field day and was the key organizer for Lighthouses on the Air.

In addition to being our net manager, Junie is also our new assistant secretary.

Thank you Junie for all you do to make GBARC a great club.  Your accomplishments are too numerous to list, but they are significant.  Thank you for being an amazing member, and CONGRATULATIONS on being Ham of the Year!

At our January 2021 meeting held on the 12th, GBARC did it's constitutional duty and elected a slate of officers for 2021.  Emily Clarke N1DID remains president for another year, joined by Shawn Takatsu NR1T who will serve as Vice-President.  For information of the complete slate of 2021 Officers and Committee Chairs, please visit About GBARC. 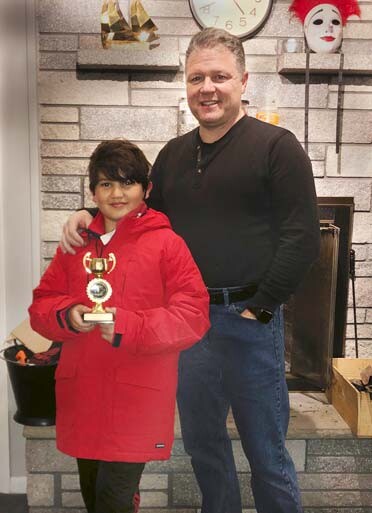 Fox Hunter(s) of the Year Announced!

This year GBARC found, in the middle of a pandemic, we could still be an active club and explore one of the many aspects of radiosport - FOXHUNTING.  Starting with our first foxhunt in April to the Reindeer Run in December, the season was dominated by one team, that team being Jack and Michael Singwald N1PLH.

Over the 8 foxhunts this year, they dominated the field with an impressive 5 wins, and never failed to find the fox.  For their efforts they were awarded the Foxhunter of the Year Trophy and bragging rights for the coming year.

Our next Fox Hunt will be on Saturday January 9th hosted by N1DID.  This foxhunt will be particularly challenging and cover an extremely wide coverage area.  So be sure to plan your time to be there.  Tune in, have some fun, and drive around looking for that elusive fox.

GBARC Ham of the Year Nominations

I am pleased to announce that the nominations for GBARC Ham of the Year are in.  It was a lively set of nominations and I was very impressed at both the thoughtfulness and reasoning that people put into the process.  The comments I received really showed how terrific and enthusiastic this group has become over the past year.

The Nominees (listed in alphabetical order of callsign) are:

Just a reminder about our process.  On or about January 2nd, N1DID will send out information on how the membership can vote for Ham of the Year.  Ham of the Year results will be announced at the January GBARC Meeting.