The plugs that were the greatest problem weren't from Universal and the harness extension wasn't from Universal.  The concept of the plug was generally not a good idea, but the Catalina plug disintegrates (amber one in your picture,) not the Universal plug (black rubber one.)  The CD article is an interesting history of the harness, were it true.  Or I should say, were it the whole truth.  Naturally, CD doesn't want to embarrass Catalina Yachts by including information that makes it appear that Catalina made a mistake in the harness installation,.

And installed on an Erikson - black male engine plug and white female harness plug (over the years UM used both black rubber and hard white plugs.)

2) CTY installed neither the UM panel nor the UM harness.  Instead, either CTY or Bristol/Seaward fabricated an extension harness (Frank being frugal, no doubt was less-expensive) to mate to Bristol/Seaward's panel.  I read somewhere that its plugs were reportedly fabricated by injecting hot glue into a mold.  It doesn't matter which shop fabricated it -- Frank drove the ship and Bristol/Seaward supplied what CTY wanted.

CD and/or Catalina claiming the harness fiasco was all Universal Motor's doing, is like Westerbeke saying "Don't blame us for putting an iron body pump on our engines, blame Sherwood for making the pump." Here's why -

And two behind the panel, here:

The CD article implies that UM was totally to blame for the harness fiasco, yet in a shocking lapse of memory CD forgot to include (a very convenient sin of omission?) that Frank didn't even install UM's harness:

This wiring scheme was originally created by Universal Medalist Motors who supplied the engine package to Catalina Yachts. The design caused multiple problems for Catalina owners over the years.

3)  When age and engine space heat worked their magic, the CTY plug disintegrated into a gummy bear mess while the Universal plug remained intact.
Like here:

The CTY plug resulted in a shorting hazard and added to the plug's fire hazard (already an issue due to the charging current thru it.)

By the time power reached the batteries, the total run of the charging circuit was well over 35'. This long run of small #10 wire meant there was a significant voltage drop between the alternator and the batteries.

True, but CD implies that the ENGINE MANUFACTURER was at fault for this.  Really?  Who's responsible for an excessively long wire run beyond the engine -- the engine manufacturer or the boat manufacturer?  Is CD saying that CTY was too dumb to design a proper electrical system for the C-30?  CTY couldn’t possibly figure out for itself that a midship engine (instead of below the cockpit as many other boats) adds more to the wire run?  Really?  CTY couldn't count by ones when it made up a 16-foot harness instead of a 5-foot UM harness used on other boats?

I'm not saying that the plugs were a good idea, but CTY was as much or more to blame for the harness fiasco for not designing the electrical system to meet the needs of the C-30 design.

Another gem by CD:

When Catalina's panel supplier switched from an ammeter to a volt meter, Universal did not change the wiring harness.  The harness [i,e., Catalina's harness] still sent the alternator output on its long circuitous voyage to the batteries. It was not until several years later that the wiring was changed and charging improved.

Catalina didn't drive that change because a voltmeter was better -- it had no part in it and different panels just showed up @ Woodland one day?  C'mon, I also have a bridge to sell yah.
AND again, CD is saying that CTY was too stupid to simply NOT USE the orange wire to the panel, and jumper the AO right to the solenoid?  Even arguing that the plug was there, doesn't mean he AO current needed to go to the cockpit.  CTY could have routed it to the solenoid after the plug.  Just dumb on CTY's part.

The fiasco was totally Universal's fault (according to CD)?
No, the harness faux pas was as much perpetuated by Catalina as it was Universal's doing.

The result of high AO current thru the plugs, and plugs loosening and corroding aside (no they were NOT a great idea,) there is as much blame to place on Catalina for the fiasco as there is for Universal, and neither one ever owned the problem.

On Fri, Aug 7, 2020 at 11:11 AM, nduttonc30 wrote:
Just for informational accuracy, I've read for years about the trailer plugs (aka gummy bear plugs on this forum) that Catalina used in their engine harnesses.  Actually, the 8 pin plugs were part of the Universal engine harness so while Catalina may have installed them (as well as many other builders), they were a Universal concept and design.  Here is a Universal Marine Diesel wiring diagram that clearly shows the 8 pin plugs at both the panel and engine ends of the harness.

Not Catalina's fault.  They used the harness as designed by the engine manufacturer.
edit: more info here: https://www.catalinadirect.com/engine-wiring-harness-upgrade-for-universal-diesel-engines/152/

This is ALSO a TEST that I will duplicate in the next revision.

I copy/pasted this: "This is ALSO a TEST that I will duplicate in the next revision."

I copied and pasted this: "THIS is test text that I will delete in the next revision." and deleted the original line.

I removed the test image and added a different image: 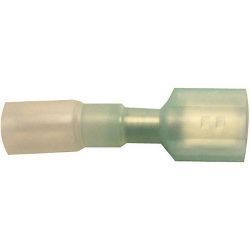