Parallel the three 100 pF capacitors (C2, C4, and C6) in the RF bandpass filter with 100 pF capacitors. I just stacked them. The fourth additional capacitor is a 220 pF capacitor across L7 (in the transmit low-pass network) to attenuate to second harmonic (now > 50 dBc). Voltage ratings are not a problem.

Stacking is done simply if you have some 1206 sized capacitors. Just sweeten the solder fillets on each end of the target capacitors with just a touch of extra solder. Place the additional part atop the target part. Hold it down while re-heating the solder at each end and you will see the capillary action pull the solder up onto the ends to complete the joint. 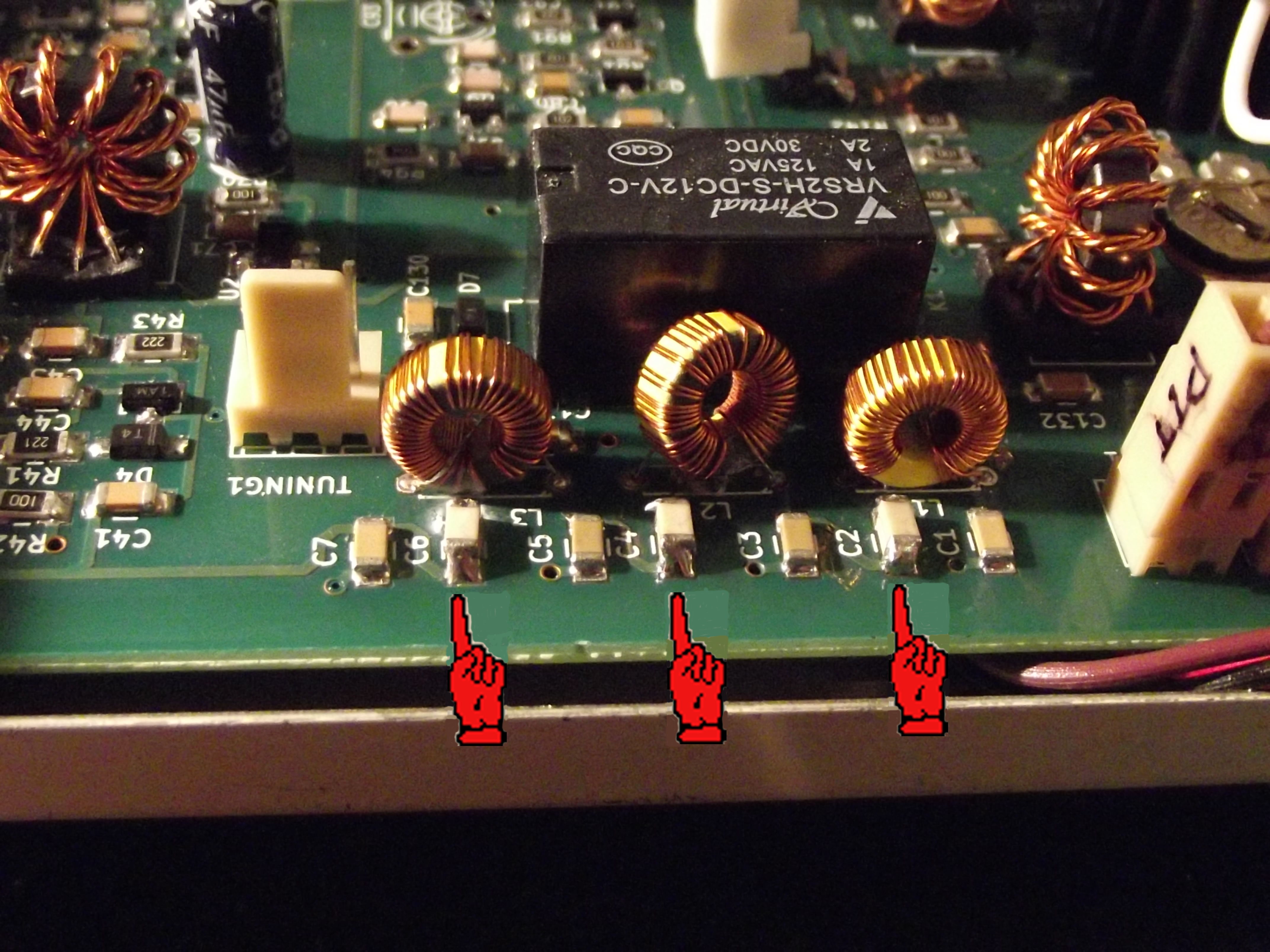 No SMD capacitors in your junk box? Just use ceramic disks, then. The 220 pF needs to have leads in order for it to reach across the L7 terminals and it goes underneath the board. You can use a ceramic disk like I did, but a silver mica or any other RF type would work well.

That was too easy. The only thing left to do is to load new operating software and put it on frequency. I wrote an entirely new sketch for the Raduino. Instead of tuning a band, we now have (currently) just five channels. The new program has you tuning the knob to the far clockwise end to start the channels changing from #1 to #5 and then starting at #1 again. I can just turn the knob to where it slowly scans all of the channels and walk away until I hear activity. To stop channel selection, turn the knob

counter-clockwise anywhere out of the channel select zone.

In another, later, sketch I added Shuttle Tuning as a "Channel zero", selected by tuning the knob fully counter-clockwise. I can now tune down to WWV on 5 MHz, listen to trans-oceanic SSB aircraft traffic, and listen to broadcasters and such in the 5 - 6 MHz band in 1 Hz steps.To return to the channelized operation simply turn the tuning knob fully clockwise.

For those wanting to use CW on 60m, I have yet another sketch that includes a straight key mode and a basic iambic keyer with panel mounted speed control.

All sketches are available for free if you email me at ND6T@ARRL.NET